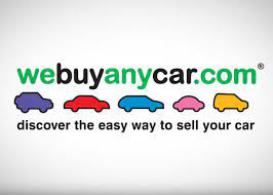 Caveat venditor - selling a used car in the new age

When has selling a used car ever not been a proverbial minefield? Someone in our family needed to sell a Honda Jazz and, deemed as the resident family expert, it fell to me to look into it.

On the face of it, there was no question that there was a lot to like. A 2014 manual Jazz with just 13,000 miles on the clock and a full Honda service history, it was in very good condition with only a tiny spot of corrosion on a rear wing. The MoT was due in a few months but, aside from needing two, possibly four, new tyres, there was no question it would easily pass.

My initial thoughts were to sell it on to friends, but none were in the market and, in the interests of haste, we chose to go through Webuyanycar (WBAC). Ideally, I would have advertised it privately, but the time-spent and inclination to deal with private buyers was, frankly, very low indeed.

There was also some doubt over what it was worth. Having guessed it was worth £5,000, typing the car’s details into the website popped up a surprising valuation of £5,700. Planning to also offer it to the local dealer, we left it for a few days and another WBAC email arrived, now valuing it at £6200.

The local dealer was away, but that new valuation was simply too good to ignore, though myself and the car’s owner realised that would merely be a negotiation starting point. Another couple of days passed and we took the car into the local centre where, the aforementioned corrosion and tyres saw the valuation dip back to that original £5700.

A brief Dragons’ Den-style chat to the back wall, saw us accept that, but like a four-wheeled version of Ryanair, there were added charges too. For starters there’s a transaction fee on a sliding scale depending on the price of the car which, for us, was £74.99.

Then, there are the payment options. It’s safe to say that WBAC is unquestionably the easiest way to sell your car quickly and easily – aside from perhaps a car auction – but this is where I felt it does take slight advantage of anyone needing their money quickly. And, let’s face it, those using a service like WBAC are likely to need those funds sooner rather than later.

WBAC’s standard payment terms are four days after the day on which you sell it. Need it the next working day instead? Well that’ll be an extra £24.75 thank you. Want the money immediately, then that’ll be £29.75. We were lucky enough not to need the money that fast, but that’s another hit for those who need it in a hurry. Potentially, that’s a £100 off that agreed transaction price, which all adds up at a time when, for many, every penny counts.

Four days later, the money was in our account. Would going through a dealer or a private sale been better financially? Privately, almost certainly, but it also would have been a lot more hassle too. Would I recommend WBAC to anyone else? In the right circumstances, yes, but it’s a reminder that while buying a used car is rarely without pitfalls, selling one isn’t exactly risk free either. Caveat venditor as well as caveat emptor…

The death of the manual gearbox

Crossply tyres, four-star petrol, choke levers – remember any of those? All have been consigned to automotive history books as technology has progressed. Could the manual gearbox be about to join that list?

The very thought has many enthusiasts shuddering, but the uncomfortable truth is that they’re often the ones to blame. Ferrari or Lamborghini haven’t offered traditional manuals in their cars for several years and Porsche introduced the seven-speed manual version of the latest 911 several months after the car’s original launch. And that loss is becoming increasingly common.

For those exotic or sportier brands, the reasons are simple. Despite the protestations of enthusiasts, the majority of supercar buyers simply don’t want manuals.

Famously in 2009, Ferrari developed and offered a manual gearbox as an option for its then-new California and yet, globally, just two customers ordered one. Two. It doesn’t take a maths degree to see that all those development and design costs for just two customers is hardly great business sense. Lamborghini hasn’t produced a car with a manual gearbox since the Gallardo LP550-2 in 2011.

This issue isn’t just one for the supercar-buying elite either - the new Land Rover Defender is only available as an automatic too.

Emissions regulations don’t help. The fact is that, for all the satisfaction and tactile pleasure of a perfectly executed manual gearchange, electronics can do it faster and, crucially in this era of marginal gains for car engineers, often much more efficiently. It’s no mistake that the last time we saw a Formula One car with a manual gearbox was 1995. For car manufacturers, only having to develop an automatic gearbox for a particular car, means a healthy chunk of time and money saved as well.

As mentioned, one of the few sports car manufacturers to have kept the manual flame alive is Porsche, although for how much longer? The 911 R, Cayman GT4 and Boxster Spyder were all only available as manuals, while on some specific models like the 911 GT3 or the GTS the manual/ auto split has been higher than usual – on the GT3 it was 50/50 for UK customers.

All very creditable, except that on the standard 911, only 10 per cent of UK customers opt for a manual. It’s not hard to imagine that if that figure falls much further, then the development costs might start to be questioned. Don’t forget that all of Porsche’s four-door models are already automatics.

For Porsche and every other car manufacturer there’s the growing proliferation of hybrids and EVs to consider as well. Both of those technologies naturally dovetail with automatics only continuing the manual’s slide into obscurity.

One potential saviour of the manual gearbox however is coming from an unlikely source – Kia. Its latest intelligent Manual transmission (iMT) is reckoned to reduce emissions by three per cent when being paired with the firm’s latest 48v mild-hybrid. Using a clutch-by-wire system, it enables the car to coast and switch the engine off while remaining in gear.

“An automatic or a dual-clutch transmission suits a lot of drivers, but European drivers in particular still love changing gears for themselves,” says Kia’s Head of Powertrain, Dr Michael Winkler. “Alongside the increasing demand for electrified models, the iMT is a result of us exploring ways to electrify the ‘classic’ manual transmission.”

That alone might be welcome news for driving enthusiasts but further ahead, will manuals eventually become the reserve of classic car fans? In the end, maybe it’s almost inevitable that the availability of manuals will dwindle further particularly for lower-volume models and, with that, their financial viability for manufacturers will potentially only rise within all classes and sizes of car.

Perhaps ultimately then, the only thing that can help manuals to survive is for more people to buy them. 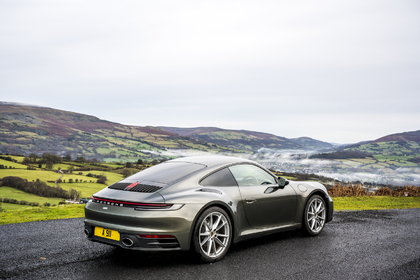 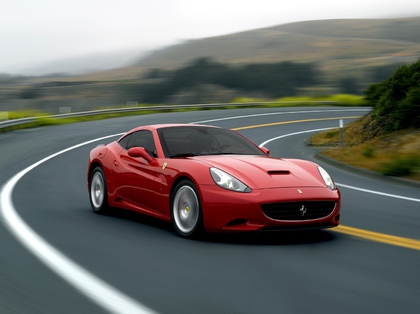 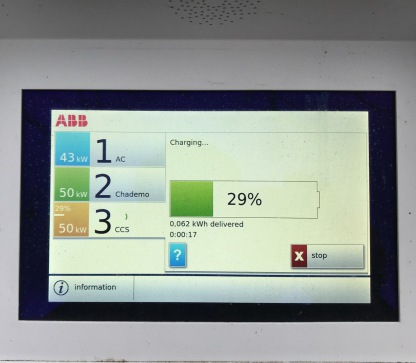 It sounds like the start of a corny one-liner from a dodgy stand-up comic, but the two are more alike than you might think. I’ve worked from home as a freelance journalist for more than 20 years so, the joys of home-schooling aside, I thought that lockdown wouldn’t be all that different.

Not venturing far beyond my front door for days at a time while working is never preferable, but hasn’t been that unusual, especially during busier periods in the past. When those un-Wanderlust tendencies are enforced however, it’s a very different matter. That lack of choice and lack of options making it more stressful than usual.

What’s that got to do with driving an EV? Earlier this year, I undertook a substantial journey in the UK in an electric car. The idea was to demonstrate that electric car ownership and driving one can be as easy as you want to make it. And by and large, it was. We rapid-charged at 50kW locations throughout the two days and it was, thankfully, reasonably simple.

The problem though was exactly that lack of choice. During any long drive, it’s likely that you’ll want to stop for a coffee/ snack/ toilet break (not necessarily in that order) at any one time. But in an EV, that stop to charge becomes a necessity not an option. And for far longer than a simple fill up as with a petrol or diesel car.

A good example was at the end of our journey. It was early evening and I had a long drive home, so needed a full charge before setting off. I skipped the first rapid-charge point in favour of maximising my distance home. The second point I visited was broken as was the third, while the fourth had three cars already charging.

I was starting to get worried. I had 15 miles of range left and 140 miles to get home. Thankfully the last nearby rapid-charge point was vacant. A full 90-minute charge while I grabbed something to eat meant I could then finally make my way home, rather more stressed than I had been earlier. That similar lack of options, the same as with lockdown, had made it far more difficult than I thought.